Armed patrol in Los Angeles isn’t like an on-site security guard. Patrol guards can go from various points on your premises to look for any suspicious activity.

Since they don’t just stay in one location, they can effectively prevent any harm to your establishment.

Yes, it’s legal to hire armed patrol guards to protect your building or house. What’s unlawful is if these guards carry their firearms publicly.

There are specific gun laws in the US. It means that citizens can’t own a gun without a license.

But because of the increasing terrorist attacks throughout the world, people living in the US are concerned about their safety and the safety of their buildings.

Thus, instead of them carrying a gun, they hire an armed patrol service to protect their establishments. But the security guards are well-trained to carry their firearms.

The armed patrol may be necessary if your building is situated in a high-risk area, where crimes are rampant. Security guards can protect your establishment or business against the unexpected.

But the guards aren’t just trained to use firearms. Rather, they also underwent training on how to defend their clients with or without guns.

Here at Hillquest Security, we train our security guards to use anything that they can find as weapons. Not all of them are allowed to carry firearms.

But they can make a small item into a defensive gear just to protect their clients.

When they’re on duty, they wear appropriate clothing so your employees know that they are there to protect them. When it comes to clothing, it doesn’t mean that they wear a uniform.

Appropriate clothing means that they are dressed in a way that allows them to perform their job adequately.

For instance, they wear proper footwear so they can easily walk and run if they have to. Wearing comfortable footwear is a must so they can get a good range of motion. It also prevents them from slipping.

Now that you know the importance of having armed patrol in your LA building or house, you might rush into hiring a patrol team.

But before you sign anything, you need to ensure that the security company you wish to work with is licensed and insured. 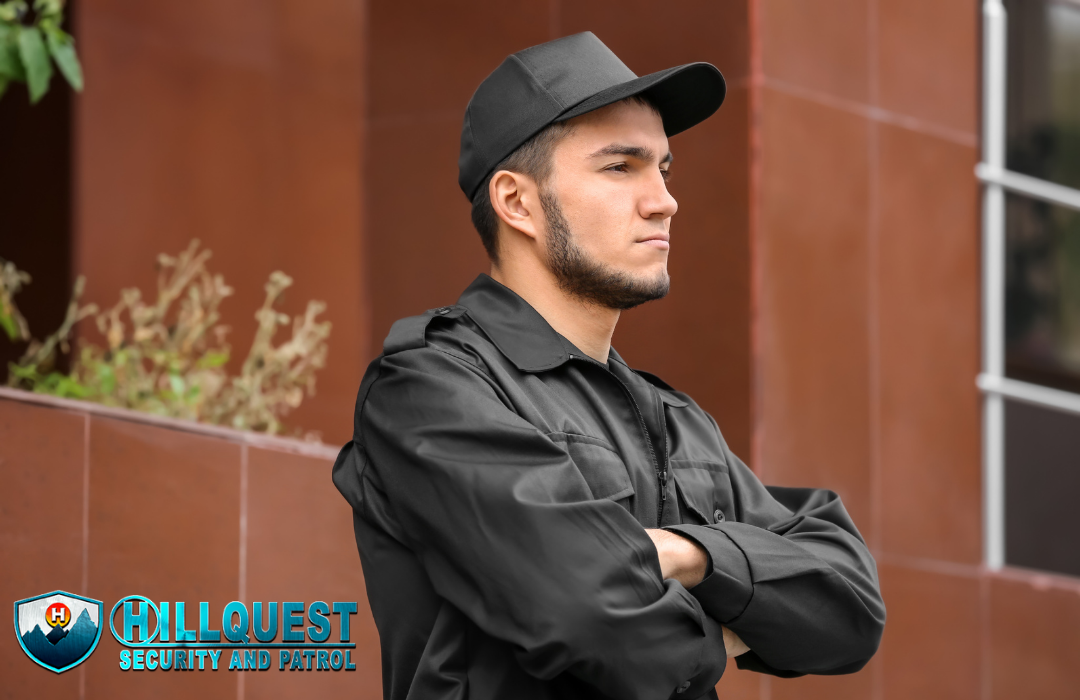 Los Angeles has a law that a security guard company can’t operate without a license. Ask the company’s license and insurance first.

These things are vital so it can operate legally.

But some security guard companies that offer armed patrol teams don’t have a license and insurance. However, they offer you cheaper rates.

Don’t fall into this trick. Keep in mind that if something happens to their guards, while on duty, you’re liable to them.

Furthermore, you can’t file any coverage.

If you want peace of mind when hiring armed patrol in Los Angeles, make sure to choose the best security guard company. Call Hillquest today to know more about our services at 1.888.925.8040.