The word “security guard” can have many definitions. It could refer to a single, solitary person who watches over your property, making sure that everything is safe and secure. The word could also refer to a series of protocols and practices, a kind of “security guard” against those who would do harm to your person or property. Additionally, it could even refer to technology, a control room, a patrol, and so many other meanings.No matter how you define “security guard,” we can provide the security guard Miami deserves.

A Security Guard in Miami

HillQuest Security has some of the highest, most stringent hiring standards in the security industry. That’s not something that we just came up with, that’s the truth. Many of our security professionals who have worked for other operations have told us the same thing. By that same token, plenty of security pros who, despite their best efforts, did not quite make the cut, did end up finding work for other security operations. That’s not in any way a knock on them. They’re great security professionals who can do the work. However, at HillQuest, our standards are something else. They are something higher. We test for just about everything that can be tested for when it comes to security. “Fitness” is an important test, in terms of physical fitness, fitness with a firearm, fitness in any kind of situation, and so forth.

The Training to be a HillQuest Security Guard

At HillQuest, our security guards go through some of the most rigorous training imaginable. aOf course, in so many cases, they’ve already been through some of the most rigorous training imaginable before they ever even came here. Many have served in the military or in law enforcement. As you know, those jobs aren’t just handed out. So, when they come to HillQuest, they already have service records as well as real training. At that point, we build upon it. We make sure that their instincts are honed while making sure that they’re ready for any situation that might arise. Of course, that’s important in an emergency, but it’s just as important for something else that’s very important: deterrence. 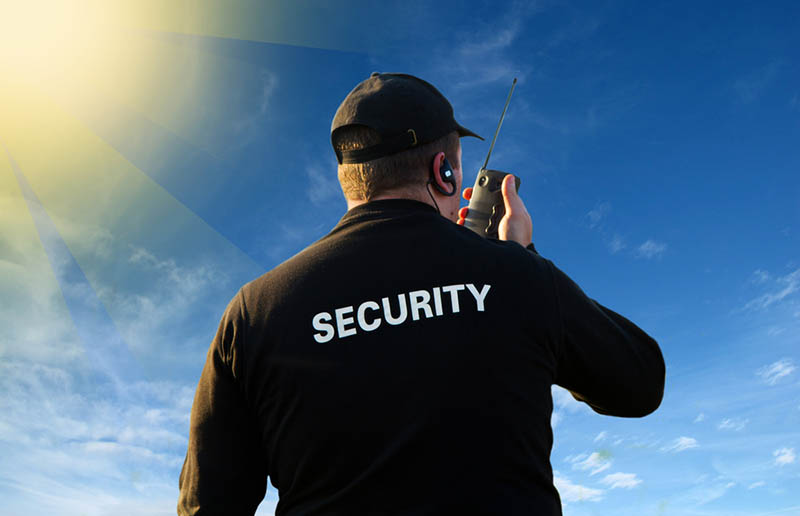 The best thing a security guard can do is to stop a situation before it becomes a situation. There are many different ways to do that. For example, with many of our patrols, or in terms of being a security guard in a bank, it’s important that the security guard be as visible as possible. When everyone who gets anywhere near the location can clearly see the security, that can be very effective. It lets anyone who might have designs on doing something nefarious to the location to know that they should look elsewhere. The more visible and prevalent a security presence is, the safer a location can be. That’s the kind of security that we can bring to your place in Miami.

However, if you’re looking for a security guard to be your bodyguard in Miami, that can be something else. Then, it can often be best if the security professional instead hangs back. If they disappear, blend in, and seem like they aren’t there, if they aren’t visible, that can be the best way they can serve you. Through this, you can have the best time possible, safely, and securely.  Of course, when the moment comes, the security professional will be ready to strike.

If you need to be protected in Miami, we’ve got you covered. That’s true whether “you” in this context is “yourself,” or if it’s referring to “your property,” “your location,” or anything else. We’re glad to sit down and figure out a way we can help. You can reach us at any time at (888) 925-8040.