There has always been a need for movie set security, but these days, you need extra. Here are just a few reasons why extra security is not just needed, it is downright necessary. Even on minimal sets, off-site sets, and sets that already have security, you need extra.

Your Insurance Premiums Will Not Skyrocket as Much

Back in the old days, it was difficult to steal anything. The cameras were half the size of cars, the reel was expensive but hard to steal, and even the props didn’t have the sort of value they have today. Your insurance companies want to know that you are locked down tight, and just having one set of security personnel is simply not good enough. They want to know that you have done all your due diligence and that you have done as much as possible to protect the items under your care and the people who work for you.

Nobody knows which movies will become long-time classics and which will be forgotten by next year. As a result, people are willing to steal from just about any movie set. In most cases, they want something that is recognizable and easy to steal, and sadly, most things are easy to steal these days. Even though the cameras are tiny, the hardware is small and portable, and most of the props are easy pickings too. Plus, thanks to the dark web and cryptocurrency, it is easier than ever to steal from movie sets.

Crime is running rampant and movie sets are seen as easy pickings. They are looked upon as decadent multi-million dollar productions, so they can afford to have their stuff stolen. Crime has gone up, and as a result, people have become better at being criminals. Ergo, you need extra security to match the increased threat that your movie set faces. 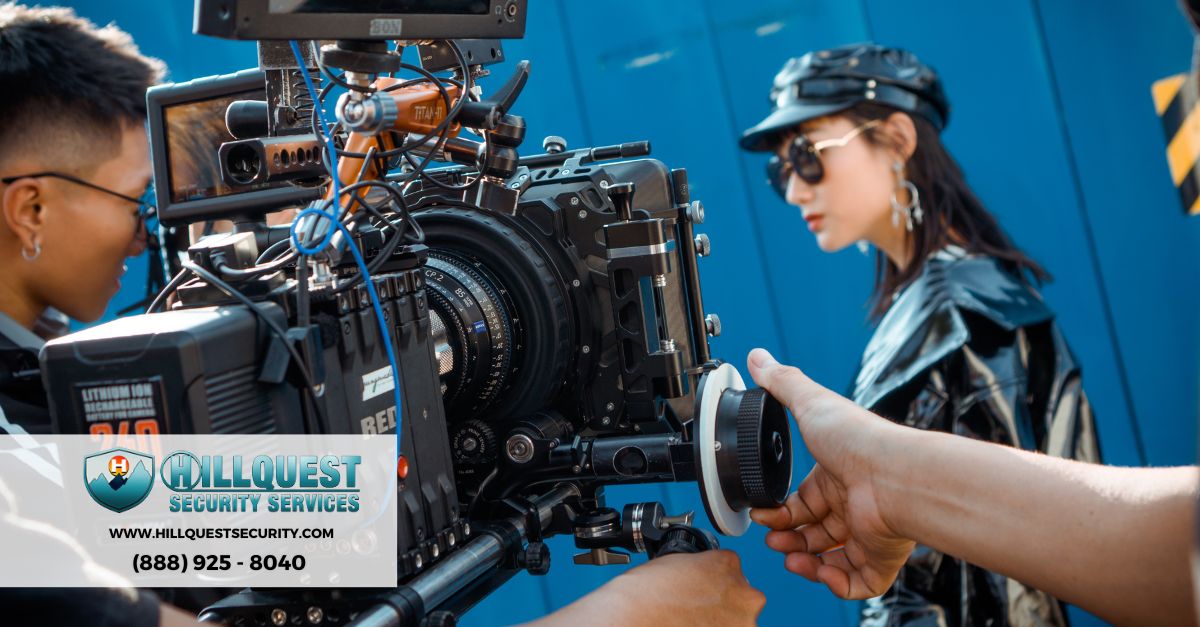 People Will Risk Their Lives For a YouTube Short

Even if people are not out to rob you or cause mayhem, there are people who are willing to do anything to get some social media credit. As a result, they will do everything from flash mob a movie set to sneaking into the star’s trailer. The big stars can afford personal security, but what about your other staff, your other working areas, your sets, and your green screen? These days, you need extra security.  You need extra pairs of eyes running around the place to catch and eject those who dare to trespass.

Getting added security is a necessity these days. If you are looking for movie set security, there are several patrol teams working for Hillquest Security and Patrol. They can offer you a fair deal and just the right amount of coverage so that you get all the security protection you need in a way that doesn’t break your budget. Drop them a message or make a call today.